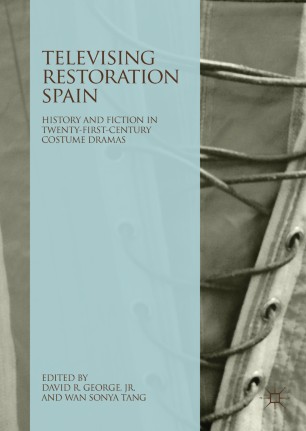 This edited volume examines the historical, political, cultural, and aesthetic implications of re-visiting Restoration Spain (1874-1931) in television costume dramas produced since 2000. Contributors analyze, from different theoretical approaches and disciplinary perspectives, the appeal that the late nineteenth and early twentieth centuries hold for twenty-first-century Spanish audiences, as well as for international viewers who consume these programs through new media platforms. Themes and issues explored include: the production of televisual heritage, representations of period technologies, evolving constructions of gender, hybridization of television genres, and television as historian. Expanding the scope of inquiry in Spanish media studies, this collection seeks to bring Spain into wider discussions of media and historical representation and visual and material culture in Europe, the Americas, and beyond.

Wan Sonya Tang is Assistant Professor of Hispanic Studies at Boston College, USA.  Her research focuses on Spain’s modernization process in the late nineteenth and early twentieth centuries, and the cultural anxieties generated therein, particularly with regards to gender and class dynamics.

“This edited volume seeks to fill a gap that still exists in the research on television costume drama. ... The edited volume expands the scope of inquiry within the costume drama genre, which is almost exclusively exemplified by British film productions and therefore involves a broader English-speaking readership in the dialogue about the Restoration and Spanish television series.” (Tatiana Astafeva, Historical Journal of Film, Radio and Television, Vol. 40 (4), 2020)“Costume drama is a distinctive feature of television production in Spain, which has been consistently (and wrongly) neglected even in Spain itself.​ This book makes an excellent and highly original contribution to media studies, Spanish studies and beyond. Bringing together both established and younger scholars, it charts connections with a wide variety of disciplines and themes that are vital well beyond Spanish television such as history, literature, memory, fashion, nostalgia, and social media.” (Paul Julian Smith, Distinguished Professor, The Graduate Center, CUNY, USA)
Buy options