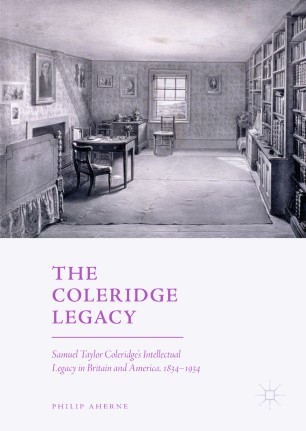 This book examines the development of Samuel Taylor Coleridge’s intellectual legacy in Britain and America from 1834 to 1934 by focusing on his late role as the Sage of Highgate and his programme of educating young minds who were destined for the higher professions (particularly preaching and teaching). Chapters assess his pedagogy and his late publications, his posthumous reputation, and his influence on aesthetics, theology, philosophy, politics and social reform. The book discusses a wide range of British and American intellectuals, including Thomas and Matthew Arnold, F. D. Maurice, John Stuart Mill, Henry Sidgwick, Shadworth Hodgson, T. H. Green, James Marsh, Ralph Waldo Emerson, Horace Bushnell, William James and John Dewey. It demonstrates how Coleridgean ideas were developed and distorted into something he would never have recognized as his own and emphasizes his significance as a catalyst who played a vital role in shaping the intellectual vocation of the long nineteenth century.