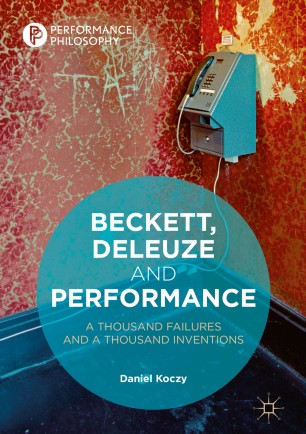 This book draws on the theatrical thinking of Samuel Beckett and the philosophy of Gilles Deleuze to propose a method for research undertaken at the borders of performance and philosophy. Exploring how Beckett fabricates encounters with the impossible and the unthinkable in performance, it asks how philosophy can approach what cannot be thought while honouring and preserving its alterity. Employing its method, it creates a series of encounters between aspects of Beckett’s theatrical practice and a range of concepts drawn from Deleuze’s philosophy. Through the force of these encounters, a new range of concepts is invented. These provide novel ways of thinking affect and the body in performance; the possibility of theatrical automation; and the importance of failure and invention in our attempts to respond to performance encounters. Further, this book includes new approaches to Beckett’s later theatrical work and provides an overview of Deleuze’s conception of philosophical practice as an ongoing struggle to think with immanence.