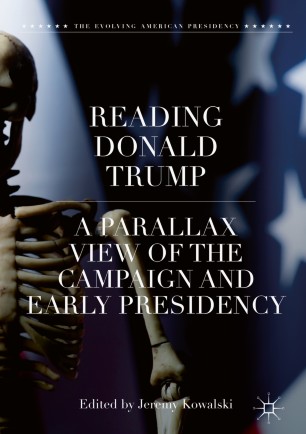 A Parallax View of the Campaign and Early Presidency

Part of the The Evolving American Presidency book series (EAP)

This book provides a scholarly assessment and analysis of the Trump campaign and early presidency. This assessment and analysis is important not only to help provide some coherence to the turbulent and unpredictable character of “Trumpism,” but to contribute to establishing a scholarly foundation for future works that will provide assessments of the Trump presidency in its mid and later stages. Given the divisive and destructive capacity of “Trumpism” and its political and social implications both domestically and internationally, understanding the distinctive political phenomenon of “Trumpism” is necessary if resistance to this transformative moment in American political history is to be successful. This book collects a series of short scholarly contributions on various themes related to “Trumpism” by scholars from disciplines in both the Humanities and Social Sciences.