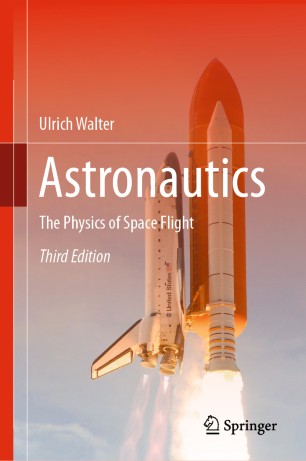 The Physics of Space Flight

This introductory text covers all the key concepts, relationships, and ideas behind spaceflight and is the perfect companion for students pursuing courses on or related to astronautics. As a crew member of the STS-55 Space Shuttle mission and a full professor of astronautics at the Technical University of Munich, Ulrich Walter is an acknowledged expert in the field. This book is based on his extensive teaching and work with students, and the text is backed up by numerous examples drawn from his own experience. With its end-of-chapter examples and problems, this work is suitable for graduate level or even undergraduate courses in spaceflight, as well as for professionals working in the space industry. This third edition includes substantial revisions of several sections to extend their coverage. These include both theoretical extensions such as the study of relative motion in near-circular orbits, and more practical matters such as additional details about jet-engine and general rocket performance. New sections address regularized equations of orbital motion and their algebraic solutions and also state vector propagation; two new chapters are devoted to orbit geometry and orbit determination and to thermal radiation physics and modelling.

Ulrich Walter received his PhD in the field of solid state physics from the University of Cologne, Germany. After two post-doc positions at the Argonne National Laboratory, Chicago, Illinois, and the University of California at Berkeley, California, he joined the German astronaut team and flew in 1993 on board the Space Shuttle Columbia on the STS-55 (Spacelab D-2) mission. From 1998 to 2003, he held various R&D management positions at the IBM Research Center in Böblingen, Germany, and in 2003 accepted a professorship to head the Institute of Astronautics at the Technical University of Munich, Germany. Professor Walter is author of a number of popular science books on spaceflight and research, and astrophysics and cosmology. Currently, the main focus of his scientific work is on satellite technology and applications.