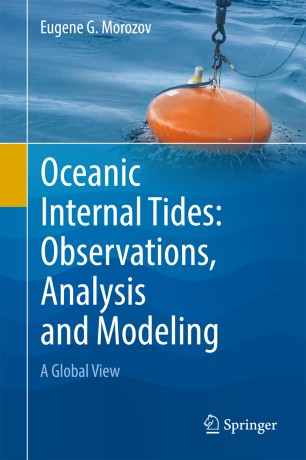 This book presents a detailed study of the structure and variability of internal tides and their geographical distribution in the ocean. Based on experimental analysis of oceanic measurements combined with numerical modeling, it offers a comprehensive overview of the internal wave processes around the globe. In particular, it is based on moored buoys observations in many regions in all oceans (Atlantic, Pacific, Indian, Arctic, and Southern) that have been carried out by researchers from different countries for more than 40 years as part of various oceanographic programs, including WOCE and CLIVAR. However, a significant portion of the data was collected by the author, who is a field oceanographer. The data was processed and interpreted on the basis of the latest knowledge of internal wave motion. The properties of internal waves were analyzed in relation to the bottom topography and mean state of the ocean in specific regions.

Internal waves play a major role in the formation of seawater stratification and are responsible for the main processes of ocean dynamics, such as energy transfer and mixing. One of the most significant ideas presented in this book is the generation of internal tides over submarine ridges. Energy fluxes from submarine ridges related to tidal internal waves greatly exceed the fluxes from continental slopes. Submarine ridges  form an obstacle to the propagation of tidal currents, which can cause the creation of large amplitude internal tides. Energy fluxes from submarine ridges account for approximately one fourth of the total energy dissipation of the barotropic tides. Model simulations and moored measurements have been combined to generate a map of global distribution of internal tide amplitudes.

This book is of interest to oceanographers, marine biologists, civil engineers, and scientists working in climate research, fluid mechanics, acoustics, and underwater navigation.