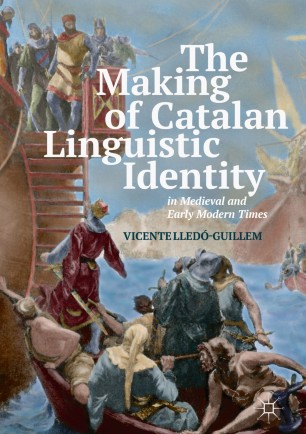 The historical relationship between the Catalan and Occitan languages had a definitive impact on the linguistic identity of the powerful Crown of Aragon and the emergent Spanish Empire. Drawing upon a wealth of historical documents, linguistic treatises and literary texts, this book offers fresh insights into the political and cultural forces that shaped national identities in the Iberian Peninsula and, consequently, neighboring areas of the Mediterranean during the Middle Ages and the Early Modern Period. The innovative textual approach taken in these pages exposes the multifaceted ways in which the boundaries between the region’s most prestigious languages were contested, and demonstrates how linguistic identities were linked to ongoing struggles for political power. As the analysis reveals, the ideological construction of Occitan would play a crucial role in the construction of a unified Catalan, and Catalan would, in turn, give rise to a fervent debate around ‘Spanish’ language that has endured through the present day. This book will appeal to students and scholars of historical linguistics, sociolinguistics, Hispanic linguistics, Catalan language and linguistics, anthropological linguistics, Early Modern literature and culture, and the history of the Mediterranean.

Vicente Lledó-Guillem is Professor of Spanish and Catalan at Hofstra University, New York. His primary field of research is the political, ideological, and cultural history of the Spanish and Catalan languages. He is the author of Literatura o imperio: la construcción de las lenguas castellana y catalana en la España renacentista (2008).

“I find Lledó-Guillem‘s monograph to be brilliant, innovative, and groundbreaking. … this book is a must-have to both students and scholars in Medieval and Early Modern political, cultural, and intellectual history, European studies, Romance languages, historical sociolinguistics, and linguistic anthropology. It is a work that will be referenced and cited for years to come.” (Josef Fioretta, Scripta, Issue 11, June, 2018)
Buy options