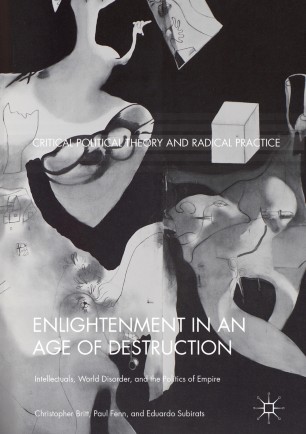 Enlightenment in an Age of Destruction

Intellectuals, World Disorder, and the Politics of Empire

This book is about the ways in which modern enlightenment, rather than liberating humanity from tyranny, has subjected us to new servitude imposed by systems of mass manipulation, electronic vigilance, compulsive consumerism, and the horrors of a seemingly unending global war on terror. In a time when national democracies seem an imperial farce, it is not enough for intellectuals faced with all this destruction to blithely recommend resistance. Enlightenment in an Age of Destruction challenges resistance theory, providing a cosmology of enlightenment that regards it as an unstable epiphenomenon. The authors outline the current "English" enlightenment of Pax Americana, and provides an epistemological theory and demonstration: a derivative of Adorno's negative dialectics in a positive dialectic based upon intellectual participation in civil society. The book thus ties American, British, French and German theoretical traditions into a reflexive challenge to the notion of intellectual as critic, and argues instead for a trespassive tradition of cultural leadership.

Christopher Britt is Associate Professor at The George Washington University, USA. He is the author of Quixotism: The Imaginative Denial of Spain’s Loss of Empire (2005) and of Imperial Idiocy: A Reflection on Forced Displacement in the Americas (Forthcoming: 2017).

Eduardo Subirats is Professor at New York University, USA. He is the author of some forty books in Spanish, as well as many articles in Spanish, German, English, and Portuguese. His main books deal with topics of aesthetics, cultural theory, colonialism, and literary theory.