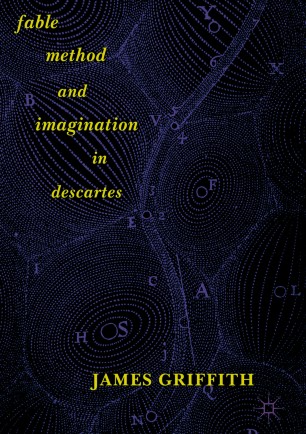 Fable, Method, and Imagination in Descartes

What role do fables play in Cartesian method and psychology? By looking at Descartes’ use of fables, James Griffith suggests there is a fabular logic that runs to the heart of Descartes’ philosophy. First focusing on The World and the Discourse on Method, this volume shows that by writing in fable form, Descartes allowed his readers to break from Scholastic methods of philosophizing. With this fable-structure or -logic in mind, the book reexamines the relationship between analysis, synthesis, and inexact sciences; between metaphysics and ethico-political life; and between the imagination, the will, and the passions.

“James Griffith demonstrates in this extremely insightful and provocative work that the imagination, and in particular the fable, plays a much more important rhetorical and pedagogical role in the works of Descartes than has hitherto been acknowledged. Griffith’s work radically transforms our understanding of Descartes, placing him on the cusp of a modernity he helped form and influence, and a Scholasticism whose presuppositions and rhetorical tropes (including the fable) he still shares. A wonderfully original piece of scholarship.” (Michael Naas, DePaul University, USA) “Straddling both analytic and continental scholarship, Fable, Method, and Imagination in Descartes is the first extensive study of the fabular logic of Cartesian philosophy. Tracking Descartes’s use of fables throughout his corpus, James Griffith is able to provide a new interpretation of the Cartesian method and rehabilitate the role of the imagination in the reformation of the mind. This book will interest anyone looking to go beyond the simplistic picture of Descartes as the father of modern subjectivity.” (Marie-Eve Morin, University of Alberta, Canada)

“It is hard to compose something genuinely novel, crucial and comprehensive about a historical figure as well-studied as Descartes, but this book accomplishes exactly that. The insights into Descartes’ method presents a compelling new argument about the generative role of the use of fable. The book thus challenges long-held views about Descartes’ strategies and intentions, and furthermore, its engagement with contemporary Continental philosophy places Descartes at the center of the most significant current conversations.” (Molly O'Donnell, Saint Xavier University, USA)