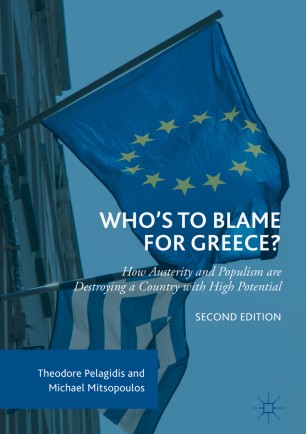 Who’s to Blame for Greece?

How Austerity and Populism are Destroying a Country with High Potential

This expanded and enlarged second edition of Theodore Pelagidis and Michael Mitsopoulos' popular Who's to Blame for Greece? (2016) reviews Greece's economy since its accession to the Monetary Union, with new research focusing on the perils of the populist Syriza government during the critical 'Grexit talk' period of 2015-2016. The authors also focus on political developments since that time and in particular propose a new form of taxation as well as explore debt sustainability in relation to Greece's economic challenges. This book will appeal to researchers, practitioners and policy makers interested in the EU and the political economy of Greece and offers valuable updates on the first edition.