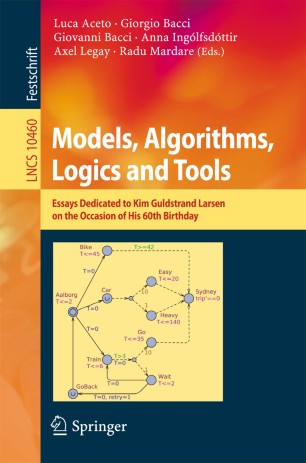 This Festschrift is published in honor of Kim Guldstrand Larsen, one of the earliest precursors of computer science in Denmark, on the occasion of his 60th birthday. During the last three decades, Kim Guldstrand Larsen has given major contributions across a remarkably wide range of topics, including real-time, concurrent, and probabilistic models of computation, logic in computer science, and model checking. Since 1995, he has been one of the prime movers behind the model checking tool for real-time systems UPPAAL, for which he was a co-recipient of the CAV Award in 2013.