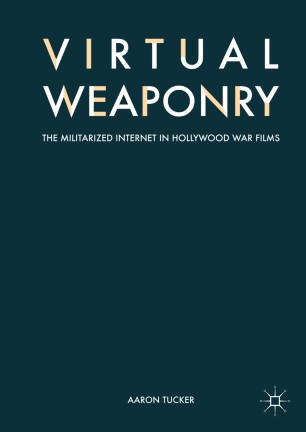 This book examines the convergent paths of the Internet and the American military, interweaving a history of the militarized Internet with analysis of a number of popular Hollywood movies in order to track how the introduction of the Internet into the war film has changed the genre, and how the movies often function as one part of the larger Military-Industrial- Media-Entertainment Network and the Total War Machine. The book catalogues and analyzes representations of a militarized Internet in popular Hollywood cinema, arguing that such illustrations of digitally networked technologies promotes an unhealthy transhumanism that weaponizes the relationships between the biological and technological aspects of that audience, while also hierarchically placing the “human” components at the top. Such filmmaking and movie-watching should be replaced with a critical posthumanism that challenges the relationships between the audience and their technologies, in addition to providing critical tools that can be applied to understanding and potentially resist modern warfare.

Aaron Tucker is author of Interfacing with the Internet in Popular Cinema along with the poetry collections punchlines and irresponsible mediums: the chesspoems of Marcel Duchamp. His current collaborative project, Loss Sets, translates poems into sculptures which are then 3D printed; he is also the co-creator of The ChessBard, an app that transforms chess games into poems (chesspoetry.com). He is currently a lecturer in the English Department and a Research Fellow with the Centre for Digital Humanities at Ryerson University in Toronto, Canada.

“Virtual Weaponry is a timely mediation on cinema’s engagement with virtual technology. It traces how cinema, technocrats, and the military have attempted to think through the ethical uses of such technology and failed to go beyond the narrow confines of liberal humanist ideology. Tucker meticulously details how cinema’s failure reflects a larger, widespread cultural failure to engage with the destructive potential of new technologies, a failure that affects all of us. If, as Tucker argues, the engagements with technology espoused by technocrats and represented in film are how we should understand the digital world, we are headed for, and are already in, a problematic future.” (Michael High, Department of Communication and Media Studies, Fordham University, USA)
Buy options