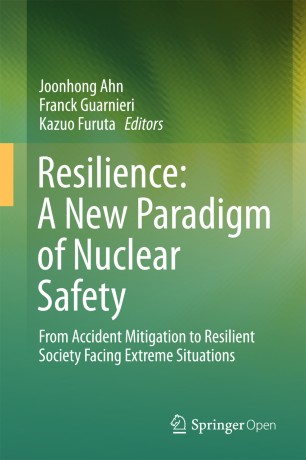 This book is published open access under a CC BY 4.0 license.

This book summarizes presentations and discussions from the two-day international workshop held at UC Berkeley in March 2015, and derives questions to be addressed in multi-disciplinary research toward a new paradigm of nuclear safety. The consequences of the Fukushima Daiichi nuclear accident in March 2011 have fuelled the debate on nuclear safety: while there were no casualties due to radiation, there was substantial damage to local communities. The lack of common understanding of the basics of environmental and radiological sciences has made it difficult for stakeholders to develop effective strategies to accelerate recovery, and this is compounded by a lack of effective decision-making due to the eroded public trust in the government and operators. Recognizing that making a society resilient and achieving higher levels of saf

ety relies on public participation in and feedback on decision-making, the book focuses on risk perception and mitigation in its discussion of the development of resilient communities.