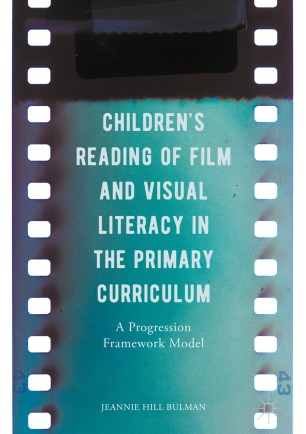 Children's Reading of Film and Visual Literacy in the Primary Curriculum

This book draws on a longitudinal study which highlights the beneficial impact of film in the primary curriculum. It provides detailed accounts of both the reading process as understood within the field of literacy education, and of film theory as it relates to issues such as narration, genre and audience. The book focuses on a small cohort of children to explore how progression in reading film develops throughout a child’s time in Key Stage 2; it also examines how the skills and understanding required to read film can support the reading of print, and vice versa, in an ‘asset model’ approach. Since children’s progression in reading film is found to be not necessarily age-related, but rather built on a period of experience and opportunity to read and/or create moving image media, Bulman clearly illustrates the importance of the inclusion of film in the primary curriculum. The book provides an accessible study to a large audience of primary teachers and practitioners, and will be a valuable resource for students and researchers in the fields of education, English and media studies.

Jeannie Hill Bulman is a freelance Education Consultant, specialising in all areas of primary English and film in education. She has completed extensive research on the impact of film to raise attainment in writing, and has established a progression in reading film in the primary curriculum. She has been awarded the 2016 UKLA post-graduate research prize in 2016, and has co-authored the UKLA mini book Film Education and Literacy with Becky Parry.