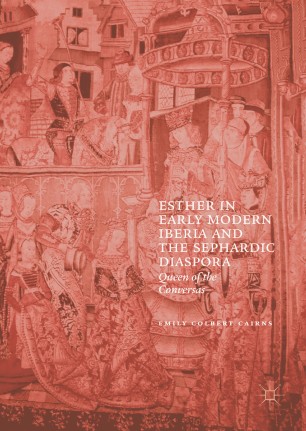 Esther in Early Modern Iberia and the Sephardic Diaspora

Queen of the Conversas

This book explores Queen Esther as an idealized woman in Iberia, as well as a Jewish heroine for conversos in the Sephardic Diaspora in the sixteenth and seventeenth centuries. The biblical Esther --the Jewish woman who marries the King of Persia and saves her people -- was contested in the cultures of early modern Europe, authored as a symbol of conformity as well as resistance. At once a queen and minority figure under threat, for a changing Iberian and broader European landscape, Esther was compelling and relatable precisely because of her hybridity. She was an early modern globetrotter and border transgressor. Emily Colbert Cairns analyzes the many retellings of the biblical heroine that were composed in a turbulent early modern Europe. These narratives reveal national undercurrents where religious identity was transitional and fluid, thus problematizing the fixed notion of national identity within a particular geographic location. This volume instead proposes a model of a Sephardic nationality that existed beyond geographical borders.