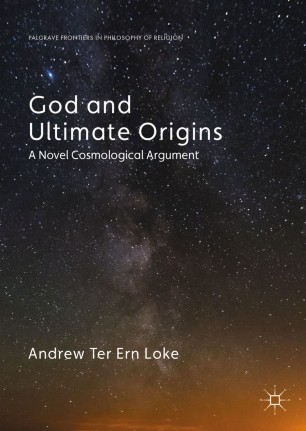 “Professor Loke has rapidly become a leading thinker in metaphysics and philosophy of religion.  His body of writings simply must be considered if one is going to treat a relevant topic appropriately…This is an exceptional book.  I highly recommend it.” —JP Moreland, Distinguished Professor of Philosophy, Biola University, USA, and co-editor of The Blackwell Companion to Natural Theology

“Loke brings together a wealth of resources to tackle the cosmological argument…The reader will find that Loke effectively interacts with recent literature in a dialogical and persuasively analytic fashion.” —Bruce Reichenbach, Professor of Philosophy, Augsburg College, USA, and author of ‘Cosmological Argument’ in The Stanford Encyclopedia of Philosophy

This book develops a novel argument which combines the Kalam with the Thomistic Cosmological Argument. It approaches an ongoing dispute concerning whether there is a First Cause of time from a radically new point of view, namely by demonstrating that there is such a First Cause without requiring the controversial arguments against concrete infinities and against traversing an actual infinite (although the book presents original defenses of these arguments as well). This book also develops a novel philosophical argument for the Causal Principle, namely that ‘everything that begins to exist has a cause’, and offers a detailed discussion on whether a First Cause of time can be avoided by a causal loop. It also addresses epistemological issues related to the Cosmological Argument which have been relatively neglected by recent publications, and demonstrates (contra Hawking et al) the continual relevance and significance of philosophy for answering ultimate questions.

Andrew Ter Ern Loke is Research Assistant Professor in Faith and Global Engagement at the University of Hong Kong. He is the author of The Origins of Divine Christology (forthcoming), A Kryptic Model of the Incarnation (2014), and various articles in leading international journals in philosophy, science and religion, and theology.