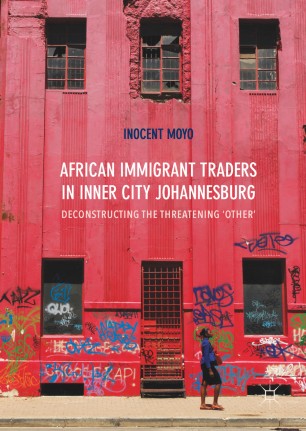 Deconstructing the Threatening ‘Other’

This book contests the negative portrayal of African immigrants as people who are not valuable members of South African society. They are often perceived as a threat to South Africa and its patrimony, accused of committing crime, taking jobs and competing for resources with South African citizens. Unique in its deployment of a deconstructionist theoretical and analytical framework, this work argues that this is a simplistic portrayal of a complex reality. Inocent Moyo lays bare, not only the failings of an exclusivist narrative of belonging, but also a complex social reality around migration and immigration politics, belonging and exclusion in contemporary South Africa. Over seven chapters he introduces new perspectives on the negative portrayal of African immigrants and argues that to sustain a negative view of them as the ‘threatening other’ ignores complex people-place-space dynamics. For these reasons, the analytical, empirical and theoretical value of the project is that it broadens the study of migration related contexts in a South African setting. Academics, students, policy makers and activists focusing on the migration and immigration debate will find this book invaluable.

Dr Inocent Moyo is a lecturer for the Department of Geography and Environmental Studies at the University of Zululand, South Africa.