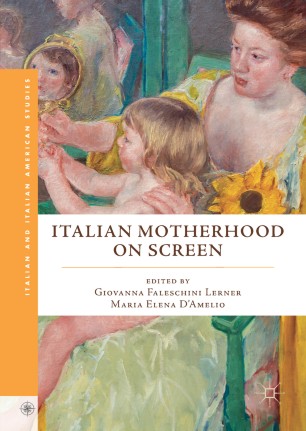 This book is the first scholarly analysis that considers the specificity of situated experiences of the maternal from a variety of theoretical perspectives.  From “Fertility Day” to “Family Day,” the concept of motherhood has been at the center of the public debate in contemporary Italy, partly in response to the perceived crisis of the family, the economic crisis, and the crisis of national identity, provoked by the forces of globalization and migration, secularization, and the instability of labor markets. Through essays by an international cohort of established and emerging scholars, this volume aims to read these shifts in cinematic terms.  How does Italian cinema represent, negotiate, and elaborate changing definitions of motherhood in narrative, formal, and stylistic terms? The essays in this volume focus on the figures of working mothers, women who opt for a child-free adulthood, single mothers, ambivalent mothers, lost mothers, or imperfect mothers, who populate contemporary screen narratives.

Giovanna Faleschini Lerner is Associate Professor of Italian at Franklin & Marshall College, USA. She is the author of The Painter as Writer: Carlo Levi’s Visual Poetics (Palgrave Macmillan, 2012) and has published numerous articles and book chapters on twentieth-century and contemporary Italian literature and film.

Maria Elena D’Amelio is Postdoctoral Researcher at the University of the Republic of San Marino, San Marino. She is the author of Ercole, il divo (2012), and has published extensively on genre cinema, stardom, and film history.

“The essays included in Italian Motherhood on Screen provide readers with a uniquely broad perspective on representations of motherhood in Italian cinema from the 1970s to the present. Not only does the book take into consideration new media productions, but also branches into various declinations of the subject-motherhood: bad, non-, imperfect. By considering motherhood not only symbolically but also as actual and lived experiences, represented in films and new media concurrently to historical events and social changes, Italian Motherhood on Screen creates a bridge between Italian and Anglo-American feminist theories. In this way, the significance of this book exceeds the limits of Italian film scholarship to speak to a wider audience of students and scholars interested in feminist theories and politics.” (Paola Bonifazio, Associate Professor in Italian Studies, The University of Texas, Austin, USA)
Buy options