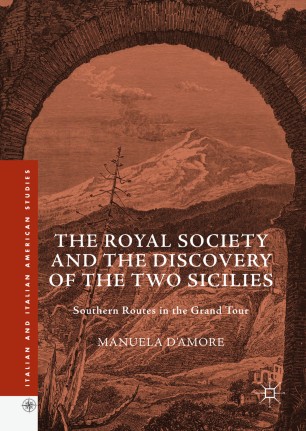 The Royal Society and the Discovery of the Two Sicilies

Southern Routes in the Grand Tour

This book illuminates a lesser-known aspect of the British history of travel in the Enlightenment: that of the Royal Society’s special contribution to the “discovery” of the south of Italy in the age of the Grand Tour. By exploring primary source journal entries of philosophy and travel, the book provides evidence of how the Society helped raise the Fellows’ curiosity about the Mediterranean and encouraged travel to the region by promoting cultural events there and establishing fruitful relations with major Italian academic institutions. They were especially devoted to revealing the natural and artistic riches of the Bourbon Kingdom from 1738 to 1780, during which the Roman city of Herculaneum was discovered and Vesuvius and Etna were actively eruptive. Through these examples, the book draws attention to the role that the Royal Society played in establishing cultural networks in Italy and beyond. Tracing a complex path starting in Restoration times, this new insight into discourse on learned travel contributes to a more challenging vision of Anglo-Italian relations in the Enlightenment.