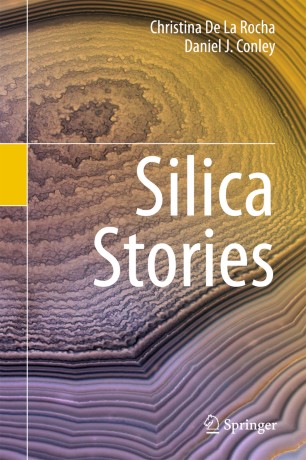 Do you know silica, the tetrahedra of silicon and oxygen constituting the crystals of New Agers and the desiccant in a box of new shoes?  It's no mere mundane mineral. As chemically reacting silicate rocks, silica set off the chain of events known as the origin of life. As biomineralized opal, it is the cell wall, skeleton, spicules, and scales of organisms ornamenting numerous lobes of the tree of life. Cryptocrystalline silica made into stone tools helped drive the evolution of our hands and our capability for complex grammar, music, and mathematics. As quartz crystals, silica is impressively electric and ubiquitous in modern technology (think sonar, radios, telephones, ultrasound, and cheap but precise watches). Silica is inescapable when we take a drink or mow the lawn and it has already started to save the Earth from the carbon dioxide we're spewing into the atmosphere. This book tells these scientific tales and more, to give dear, modest silica its due.