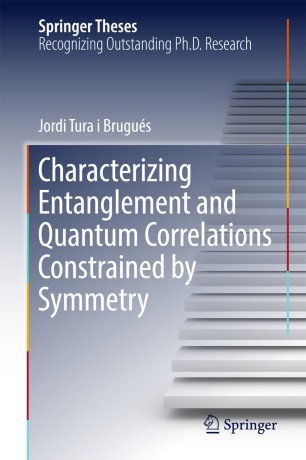 This thesis focuses on the study and characterization of entanglement and nonlocal correlations constrained under symmetries. It includes original results as well as detailed methods and explanations for a number of different threads of research: positive partial transpose (PPT) entanglement in the symmetric states; a novel, experimentally friendly method to detect nonlocal correlations in many-body systems; the non-equivalence between entanglement and nonlocality; and elemental monogamies of correlations. Entanglement and nonlocal correlations constitute two fundamental resources for quantum information processing, as they allow novel tasks that are otherwise impossible in a classical scenario. However, their elusive characterization is still a central problem in quantum information theory. The main reason why such a fundamental issue remains a formidable challenge lies in the exponential growth in complexity of the Hilbert space as well as the space of multipartite correlations. Physical systems of interest, on the other hand, display symmetries that can be exploited to reduce this complexity, opening the possibility that some of these questions become tractable for such systems.

Dr. Jordi Tura i Brugués graduated simultaneously in Mathematics and Telecommunication Engineering at the Polytechnic University of Catalonia, under an intensive program offered by the Center for Interdisciplinary Studies. He obtained his PhD at ICFO - The Institute of Photonic Sciences, working in the Quantum Optics Theory group, under the supervision of Prof. Dr. Maciej Lewenstein and Dr. Remigiusz Augusiak. His research there focused on the characterization of entanglement and quantum correlations under symmetries. Currently, he is working as a postdoctoral researcher in the Theory Division of the Max Planck Institute of Quantum Optics in Garching, with Prof. Dr. Ignacio Cirac.