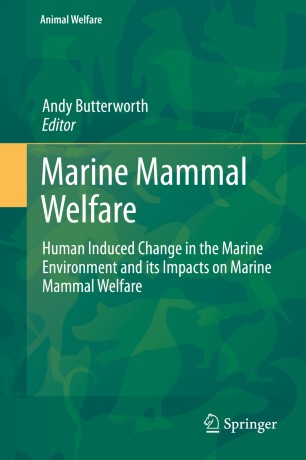 Marine mammals are intriguing to many –they attract both positive and destructive attention from mankind. There are many forces operating to affect adversely the lives of whales, seals, manatees, otters and polar bears – and this book explores how the welfare of marine mammals has been affected and how they have adapted, moved, responded and sometimes suffered as a result of the changing marine and human world around them. Marine mammal welfare addresses the welfare effects of marine debris, of human traffic in the oceans, of noise, of hunting, of whale watching and tourism, and of some of the less obvious impacts on marine mammals – on their social structures, on their behaviours and migration, and also of the effects on captivity for animals kept in zoos and aquaria. There is much to think and talk about – how marine mammals respond in a world dramatically influenced by man, how are their social structures affected and how is their welfare impacted?