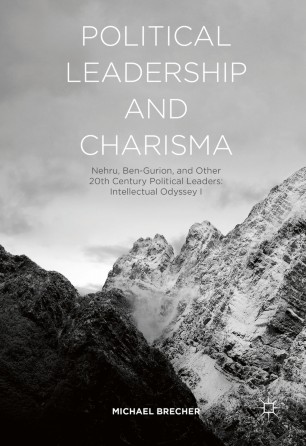 This book is unique in illuminating and comparing the charismatic role of two political leaders, Jawaharlal Nehru and David Ben-Gurion, along with assessments of many other 20th century political leaders. Its aim is to enrich our knowledge of an important dimension of global politics: charismatic leadership. The central role of political leaders in shaping the behavior of states has been universally recognized since the political systems of antiquity in East Asia, the Middle East, and Europe. With the massive increase of independent states since the end of World War II, from 55 initial members of the United Nations to more than 200 today, and especially the emergence of awesome weapons of mass destruction, the centrality of political leaders in the survival of the planet has grown exponentially. Both India and Israel have experienced the crucial role of charismatic leaders, Nehru and Ben Gurion, who dominated their states and societies for a near-identical formative period in their political independence, 1947-64 and 1948-63 respectively, as charismatic leaders. Their impact, Brecher shows, extended far beyond their states to both their geographic regions and global politics.