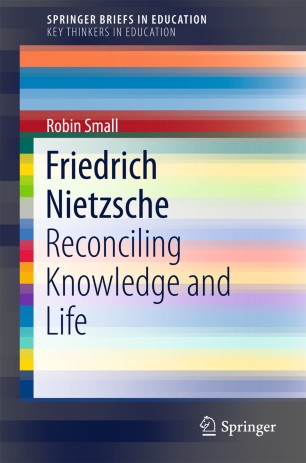 This book offers a succinct guide to Friedrich Nietzsche’s contributions to educational thought, placing them within the context of his overall philosophy and adding biographical background information that sheds light on his thinking. Topics discussed in detail include theories of knowledge and life, concepts of teaching and learning, and practice and policy issues in modern education. Friedrich Nietzsche (1844–1900) was a major Western thinker with much to say about education, both directly and indirectly. A fierce critic of the schools and universities of his time, he affirms the centrality of ‘culture’ and the exceptional individual as the true aim of education. For Nietzsche, the human predicament is characterised by the tension between knowledge and life. The task of education is to reconcile these demands, but that requires a radical rethinking of knowledge and a re-evaluation of morality. Nietzsche’s new conception of truth replaces facts with interpretations, and certainty with bold experiment. His new virtues arise out of the ‘sublimation’ of drives that are condemned by traditional morality. An education of the future promotes these aspects of individual development. Even so, Nietzsche seems to think that, in the end, it is up to each of us to engage in a broader task of self-realisation, for which he has a cryptic formula:

“Become what you are.”