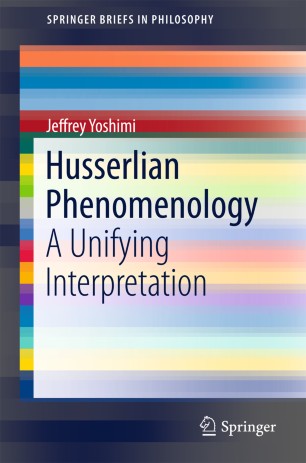 This book unifies a large part of the vast body of Husserlian phenomenology using a relatively simple set of dynamical laws. The underlying idea of the book is that a certain core theory of “world-constitution” in Husserl can be formalized and presented in less than 100 pages, with the aid of detailed graphics and quantitative textual analysis. The book is the first to formalize so much of Husserl’s work in such a short space. It is both a contribution to Husserl scholarship, and a unique and accessible introduction to Husserlian phenomenology. By making key Husserlian ideas clear and by formally expressing them, it facilitates efforts to apply Husserlian phenomenology in various domains, in particular to cognitive science. The book thus prepares the way for a detailed point-by-point set of connections between Husserl’s phenomenology and contemporary cognitive science.

Jeff Yoshmi is an Associate Professor of philosophy and cognitive science at UC Merced. In 2004 he joined the Merced campus (which opened to undergraduates in 2005) as a founding faculty member, and subsequently helped build the cognitive and information sciences program in to a world class program. He does interdisciplinary work at the intersection of philosophy and cognitive science, drawing on Husserlian phenomenology, dynamical systems theory, and computer modeling and visualization. His overarching research project is to understand how the dynamics of consciousness are related to the dynamics of neural activity. He believes a formalized Husserlian phenomenology is key to this project.