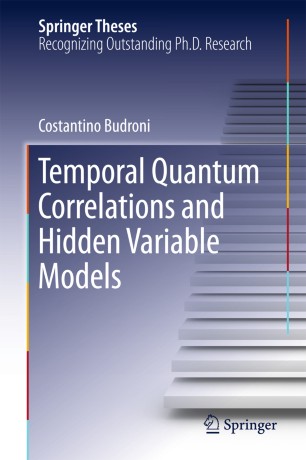 In this thesis, the main approach to the characterization of the set of classical probabilities, the correlation polytope approach, is reviewed for different scenarios, namely, hidden variable models discussed by Bell (local), Kochen and Specker (non-contextual), and Leggett and Garg (macrorealist). Computational difficulties associated with the method are described and a method to overcome them in several nontrivial cases is presented. For the quantum case, a general method to analyze quantum correlations in the sequential measurement scenario is provided, which allows computation of the maximal correlations.

Such a method has a direct application for computation of maximal quantum violations of Leggett-Garg inequalities and it is relevant in the analysis of non-contextuality tests. Finally, possible applications of the results for quantum information tasks are discussed.