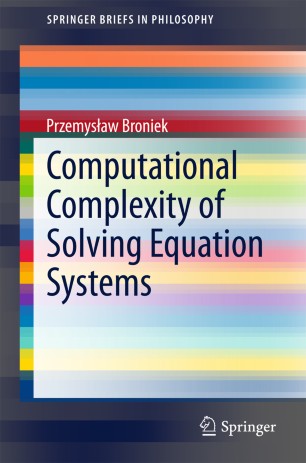 This volume considers the computational complexity of determining whether a system of equations over a fixed algebra A has a solution. It examines in detail the two problems this leads to: SysTermSat(A) and SysPolSat(A), in which equations are built out of terms or polynomials, respectively. The book characterizes those algebras for which SysPolSat can be solved in a polynomial time. So far, studies and their outcomes have not covered algebras that generate a variety admitting type 1 in the sense of Tame Congruence Theory. Since unary algebras admit only type 1, this book focuses on these algebras to tackle the main problem. It discusses several aspects of unary algebras and proves that the Constraint Satisfaction Problem for relational structures is polynomially equivalent to SysTermSat over unary algebras. The book’s final chapters discuss partial characterizations, present conclusions, and describe the problems that are still open.