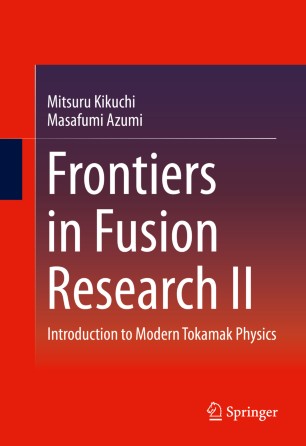 This book reviews recent progress in our understanding of tokamak physics related to steady state operation, and addresses the scientific feasibility of a steady state tokamak fusion power system. It covers the physical principles behind continuous tokamak operation and details the challenges remaining and new lines of research towards the realization of such a system. Following a short introduction to tokamak physics and the fundamentals of steady state operation, later chapters cover parallel and perpendicular transport in tokamaks, MHD instabilities in advanced tokamak regimes, control issues, and SOL and divertor plasmas. A final chapter reviews key enabling technologies for steady state reactors, including negative ion source and NBI systems, Gyrotron and ECRF systems, superconductor and magnet systems, and structural materials for reactors.

The tokamak has demonstrated an excellent plasma confinement capability with its symmetry, but has an intrinsic drawback with its pulsed operation with inductive operation. Efforts have been made over the last 20 years to realize steady state operation, most promisingly utilizing bootstrap current. Frontiers in Fusion Research II: Introduction to Modern Tokamak Physics will be of interest to graduate students and researchers involved in all aspects of tokamak science and technology.