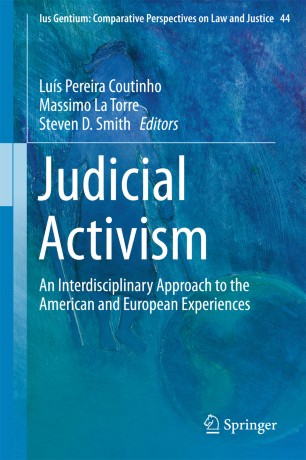 An Interdisciplinary Approach to the American and European Experiences

This volume offers different perspectives on judicial practice in the European and American contexts, both arguably characterized in the last decades by the emergence of novel normative and even policy arguments by judges. The central question deserving the attention of the contributors concerns the degree in which judicial exercises in practical reasoning may amount to forms of judicial usurpation of the legislative function by courts. Since different views as to the nature and scope of legal reasoning lead to different degrees of tolerance regarding what should be admissible to courts, that same nature and scope is thoroughly debated.

The main disciplinary approach is that of general jurisprudence, but the contributions take stock of other disciplines in which judicial activism has been addressed, namely positive theories of judicial behavior. Accordingly, the book also explores the development of interdisciplinary dialogue about the theme.