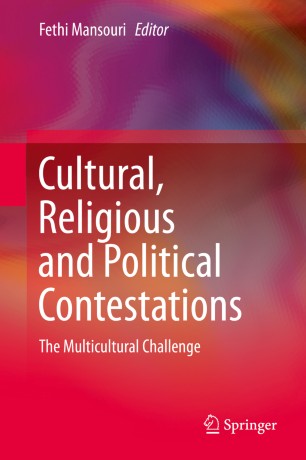 This book examines the foundations of multiculturalism in the context of émigré societies and from a multi-dimensional perspective. The work considers the politics of multiculturalism and focuses on how the discourse of cultural rights and intercultural relations in western societies can and should be accounted for at a philosophical, as well as performative level. Theoretical perspectives on current debates about cultural diversity, religious minorities and minority rights emerge in this volume.

The book draws our attention to the polarised nature of contemporary multicultural debates through a well-synthesised series of empirical case studies that are grounded in solid epistemological foundations and contributed by leading experts from around the world. Readers will discover a fresh re-examination of prominent multicultural settings such as Canada and Australia but also an emphasis on less examined case studies among multicultural societies, as with New Zealand and Italy.

Authors engage critically and innovatively with the various ethical challenges and policy dilemmas surrounding the management of cultural and religious diversity in our contemporary societies. Comparative perspectives and a focus on core questions related to multiculturalism, not only at the level of practice but also from historical and philosophical perspectives, tie these chapters from different disciplines together. This work will appeal to a multi-disciplinary audience, including scholars of political philosophy, sociology, religious studies and those with an interest in migration, culture and religion in contemporary societies.

Alfred Deakin Professor Fethi Mansouri holds a research chair in migration and intercultural studies at Deakin University where he is the Director of the strategic research Centre for Citizenship and Globalisation. He is the editor of the Journal of Intercultural Studies (Routledge) and founding co-editor of the international journal of Social Inclusion (Librello). Professor Mansouri is a global expert advisor to the United Nations (Alliance of Civilisations) on cultural diversity and intercultural relations. He is a leading researcher in the University and a prominent scholar nationally and internationally. In 2013 he was appointed to the UNESCO Chair in comparative research on ‘Cultural Diversity and Social Justice’. Professor Mansouri has published fourteen books, ten major research monographs, more than sixty refereed research articles and book chapters, and many book reviews and media pieces. He has presented more than 130 invited conference and seminar papers and many other invited presentations at national and international symposia. His most influential books include: ‘Islam and Political Violence: Muslim Diaspora and Radicalism in the West’, (2007); ‘Political Islam and Human Security’ (2008); ‘Identity, Education, and Belonging: Arab and Muslim Youth in Contemporary Australia’ (2008); ‘Youth Identity and Migration: Culture, Values and Social Connectedness’ (2009); ‘Australia and the Middle East: A Frontline Relationship’ (2011, second edition); and ‘Migration, Citizenship and Intercultural Relations: Looking Through the Lens of Social Inclusion’ (2011). His recent books include: ‘Muslims in the West and the Challenges of Belonging’ (2012); and ‘The Arab Revolutions in Context: Civil Society and Democracy in a Changing Middle East’ (2012). Professor Mansouri’s 2004 book ‘Lives in Limbo: Voices of Refugees under Temporary Protection’ was short-listed for the 2004 Human Rights Medals and Awards.