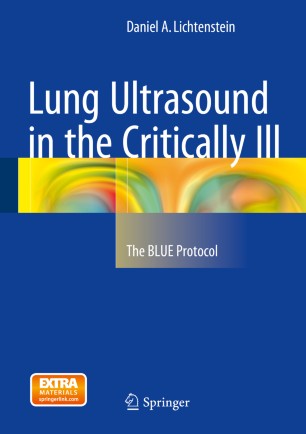 Lung Ultrasound in the Critically Ill

Written by a pioneer in critical care ultrasound, this book discusses the basic technique and “signatures” of lung ultrasound and explains its main clinical applications. The tools and clinical uses of the BLUE protocol, which allows diagnosis of most cases of acute respiratory failure, are first described in detail. Careful attention is then devoted to protocols derived from the BLUE protocol – the FALLS protocol for diagnosis and management of acute circulatory failure, the Pink protocol for use in ARDS, and the SESAME protocol for use in cardiac arrest – and to the LUCI-FLR program, a means of answering clinical questions while reducing radiation exposure. The venous technique of the BLUE-protocol, the philosophy of the simple cardiac sonography and basics of general ultrasound are dealt with in specific chapters. Finally, the book discusses all the possible settings in which lung ultrasound can be used, discipline by discipline and condition by condition. Lung Ultrasound in the Critically Ill comprehensively explains how ultrasound can become the stethoscope of modern medicine. It is a superb complement to the author’s previous book, Whole Body Ultrasonography in the Critically Ill.