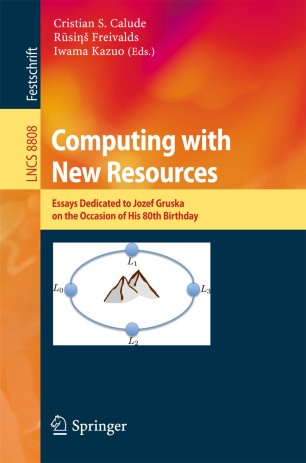 Professor Jozef Gruska is a well known computer scientist for his many and broad results. He was the father of theoretical computer science research in Czechoslovakia and among the first Slovak programmers in the early 1960s. Jozef Gruska introduced the descriptional complexity of grammars, automata, and languages, and is one of the pioneers of parallel (systolic) automata. His other main research interests include parallel systems and automata, as well as quantum information processing, transmission, and cryptography. He is co-founder of four regular series of conferences in informatics and two in quantum information processing and the Founding Chair (1989-96) of the IFIP Specialist Group on Foundations of Computer Science.