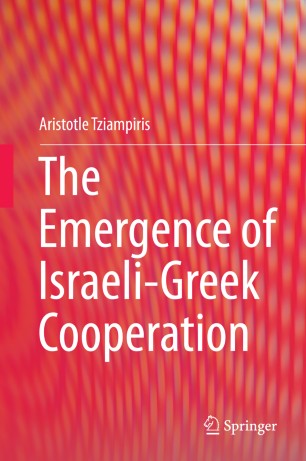 The Emergence of Israeli-Greek Cooperation

This book offers a detailed account of the recent Israeli-Greek rapprochement. For more than six decades, relations between Greece and Israel were characterized by suspicion, mutual recriminations and hostility. After Greece recognized the state of Israel in 1990, relations became somewhat more balanced and normalized but fell far short of any meaningful cooperation. It was only in 2009 that Greek policy was fundamentally and unexpectedly overturned. This volume examines this new relationship in detail and explores its theoretical and regional consequences. The Introduction provides a general framework of Greek foreign policy within which the rapprochement with Israel was pursued. Chapter I presents the book’s theoretical framework, focusing on balance of power theory and emphasizing the arguments of Hans Morgenthau, Kenneth Waltz, John Mearsheimer and Stephen Walt. Chapter II delineates the fraught relations between the Greeks and the Jews, despite their cultural and historical commonalities, and analyzes the reasoning behind decades of antagonistic foreign policy. Chapter III describes how the rise of Turkey during Greece’s economic crisis and the gradual deterioration of the strategic partnership between Israel and Turkey combined to create a climate open to Israeli-Greek cooperation. Chapter IV examines the beginning of the rapprochement between Israel and Greece, highlighting Netanyahu’s historic 2010 visit to Greece. Chapter V explores the intensification of Israeli-Greek cooperation. Chapter VI discusses energy cooperation in the Eastern Mediterranean, another key factor in the deterioration of Israeli-Turkish relations and the strengthening of ties between Greece and Israel. The book concludes with a return to theory, reiterating the Realist approach and using that framework to hypothesize about the future of the relationship between the two nations. This book is appropriate for graduate students and academics studying international relations and foreign policy in the Eastern Mediterranean, as well as policymakers, activists and journalists who want to have a clearer understanding of the Israeli-Greek rapprochement and other developments in the region.