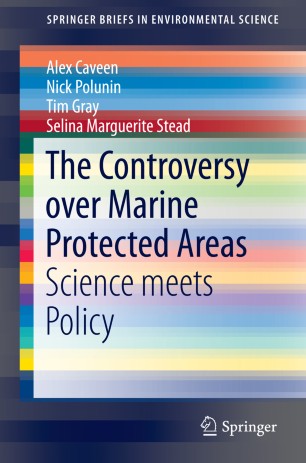 Part of the SpringerBriefs in Environmental Science book series (BRIEFSENVIRONMENTAL)

This book is a critical analysis of the concept of marine protected areas (MPAs) particularly as a tool for marine resource management. It explains the reasons for the extraordinary rise of MPAs to the top of the political agenda for marine policy, and evaluates the scientific credentials for the unprecedented popularity of this management option. The book reveals the role played by two policy networks – epistemic community and advocacy coalition – in promoting the notion of MPA, showing how advocacy for marine reserves by some scientists based on limited evidence of fisheries benefits has led to a blurring of the boundary between science and politics. Second, the study investigates whether the scientific consensus on MPAs has resulted in a publication bias, whereby pro-MPA articles are given preferential treatment by peer-reviewed academic journals, though it found only limited evidence of such a bias. Third, the project conducts a systematic review of the literature to determine the ecological effects of MPAs, and reaches the conclusion that there is little proof of a positive impact on finfish populations in temperate waters. Fourth, the study uses discourse analysis to trace the effects of a public campaigning policy network on marine conservation zones (MCZs) in England, which demonstrated that there was considerable confusion over the objectives that MCZs were being designated to achieve. The book’s conclusion is that the MPA issue shows the power of ideas in marine governance, but offers a caution that scientists who cross the line between science and politics risk exaggerating the benefits of MPAs by glossing over uncertainties in the data, which may antagonise the fishing industry, delay resolution of the MPA issue, and weaken public faith in marine science if and when the benefits of MCZs are subsequently seen to be limited.