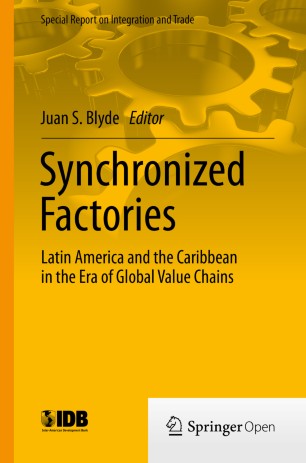 The objective of this report is to examine the extent to which countries in Latin America and the Caribbean participate in global value chains and what are the drivers of such participation.  Production processes have been increasingly fragmented worldwide. For example, the production of the Boeing 787 Dreamliner involves 43 suppliers located in 135 locations around the globe. There are many examples like the Dreamliner, from the 451 parts that go into the iPod to the less technologically intensive but still widespread multi-country production of a Barbie doll.  All this reflects significant changes in the way world production is being reorganized across national borders. That is, for many goods, production has become a multi-country process in which different stages are carried out in specialized plants in different parts of the world. Countries which specialize in different stages of the production process are thus linked by these global value chains. For developing countries, a clear opportunity from the continuous international fragmentation of production arises in the form of participating in activities that were virtually not opened to them in the past. Therefore, the international fragmentation of production provides opportunities for trade diversification, an issue that can be of particular importance for Latin America and the Caribbean as the region’s export base is in general highly concentrated in a few industries and particularly biased towards natural-resource intensive sectors. The aim is to identify whether there is policy space for implementing strategies that allow countries to improve their position in regional and global value chains.