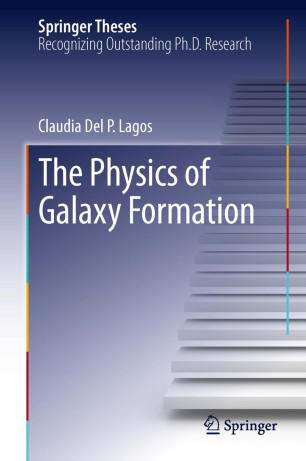 The Physics of Galaxy Formation

This thesis addresses two of the central processes which underpin the formation of galaxies: the formation of stars and the injection of energy into the interstellar medium from supernovae, called feedback. In her work Claudia Lagos has completely overhauled the treatment of these processes in simulations of galaxy formation. Her thesis makes two major breakthroughs, and represents the first major steps forward in these areas in more than a decade. Her work has enabled, for the first time, predictions to be made which can be compared against new observations which probe the neutral gas content of galaxies, opening up a completely novel way to constrain the models. The treatment of feedback from supernovae, and how this removes material from the interstellar medium, is also likely to have a lasting impact on the field.

Claudia Lagos Ph.D. thesis was nominated by the Institute for Computational Cosmology at Durham University as an outstanding Ph.D. thesis 2012.

Dr. Claudia Lagos received her PhD in 2012 at the Institute for Computational Cosmology at Durham University. She also received the Keith Nicholas Prize from the Department of Physics, Durham University, for Outstanding overall performance.