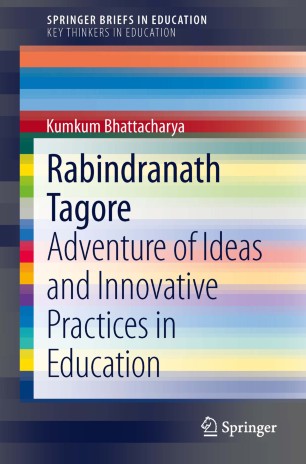 Adventure of Ideas and Innovative Practices in Education

This new addition to Springer’s series on Key Thinkers in World Education tracks the intellectual and philosophical journey of a trail-blazing innovator whose ideas have fired the imaginations of progressive educationalists for almost a century. The volume’s in-depth analysis of the educational philosophy of Bengali polymath Rabindranath Tagore offers an unrivalled focus on his highly influential views.

Tagore—poet, internationalist, humanist, and the first non-European to win the Nobel Prize for literature—lived on the cusp of change between two momentous centuries in world civilization and foresaw the dissolution of colonialism and the globalization of culture. His ideas on education placed the creative individual at the centre of the quest for knowledge. Eschewing the artificial distinctions between elementary and higher learning, he advocated the importance of sowing the seed of humanism as early as possible, and fostering the individual’s enjoyment of education as well as their courage to challenge conventions. In doing so, he anticipated the modern concern with critical thinking at the same time as he was encouraging independence of thought and action as a counter to colonial oppression and condescension. Concise yet thorough, this volume on one of the most original thinkers of the last century covers every aspect of Tagore’s highly original educational philosophy.