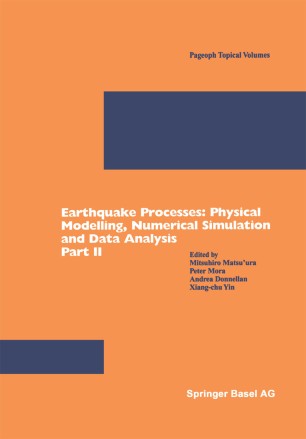 In the last decade of the 20th century, there has been great progress in the physics of earthquake generation; that is, the introduction of laboratory-based fault constitutive laws as a basic equation governing earthquake rupture, quantitative description of tectonic loading driven by plate motion, and a microscopic approach to study fault zone processes. The fault constitutive law plays the role of an interface between microscopic processes in fault zones and macroscopic processes of a fault system, and the plate motion connects diverse crustal activities with mantle dynamics. An ambitious challenge for us is to develop realistic computer simulation models for the complete earthquake process on the basis of microphysics in fault zones and macro-dynamics in the crust-mantle system. Recent advances in high performance computer technology and numerical simulation methodology are bringing this vision within reach. The book consists of two parts and presents a cross-section of cutting-edge research in the field of computational earthquake physics. Part I includes works on microphysics of rupture and fault constitutive laws, and dynamic rupture, wave propagation and strong ground motion. Part II covers earthquake cycles, crustal deformation, plate dynamics, and seismicity change and its physical interpretation. Topics in Part II range from the 3-D simulations of earthquake generation cycles and interseismic crustal deformation associated with plate subduction to the development of new methods for analyzing geophysical and geodetical data and new simulation algorithms for large amplitude folding and mantle convection with viscoelastic/brittle lithosphere, as well as a theoretical study of accelerated seismic release on heterogeneous faults, simulation of long-range automaton models of earthquakes, and various approaches to earthquake predicition based on underlying physical and/or statistical models for seismicity change.