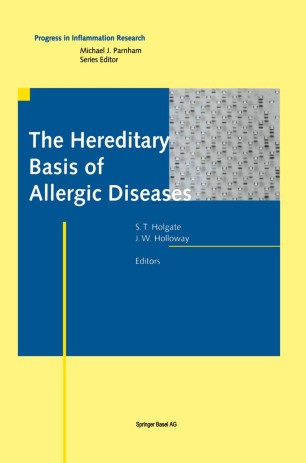 The Hereditary Basis of Allergic Diseases

Allergic diseases are complex and involve a range of environmental factors interacting with a susceptible genotype. The familial clustering of diseases, such as asthma and hay fever, has been recognised for over two centuries, but identification of the genetic basis to this had to await the molecular biological revolution. Estimates of the contribution that genetic factors make to asthma susceptibility range from 35% to 70%. For the majority of allergic diseases, segregation analysis has not identified a consistent Mendelian pattern of inheritance, which, when combined with multiple phenotypes and environmental interactions, has made identifying candidate genes especially difficult and, at times, controversial. Part of the difficulty has been lack of agreement over phenotype definitions, reduced power of studies to predict linkage and association, and, importantly, lack of true heterogeneity between populations. Despite these difficulties, the last decade has witnessed enormous progress in this field.