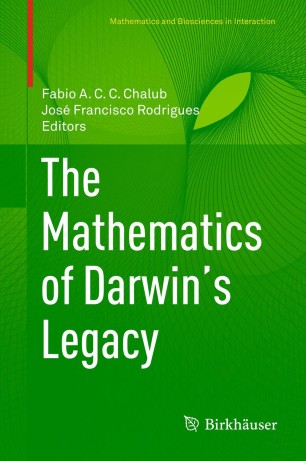 The Mathematics of Darwin’s Legacy

Part of the Mathematics and Biosciences in Interaction book series (MBI)

The book presents a general overview of mathematical models in the context of evolution. It covers a wide range of topics such as population genetics, population dynamics, speciation, adaptive dynamics, game theory, kin selection, and stochastic processes. Written by leading scientists working at the interface between evolutionary biology and mathematics the book is the outcome of a conference commemorating Charles Darwin's 200th birthday, and the 150th anniversary of the first publication of his book "On the origin of species". Its chapters vary in format between general introductory and state-of-the-art research texts in biomathematics, in this way addressing both students and researchers in mathematics, biology and related fields. Mathematicians looking for new problems as well as biologists looking for rigorous description of population dynamics will find this book fundamental.

Fabio Chalub is BSc and MSc in Physics and PhD in Mathematics. In the last 10 years has been working in mathematical modelling in life sciences. He has more than 20 scientific articles in leading international journals and is also active in the field of scientific diffusion. Since 2003 lives in Portugal where he is now Assistant Professor at Universidade Nova de Lisboa.
José Francisco Rodrigues is PhD in Mathematics, member of the Lisbon Academy of Sciences, president of the International Centre of Mathematics and full professor at University of Lisbon. He had published over 100 scientific papers, coedited 15 books, authored 1 book and is the coordinating editor of "Interfaces and Free Boundaries"