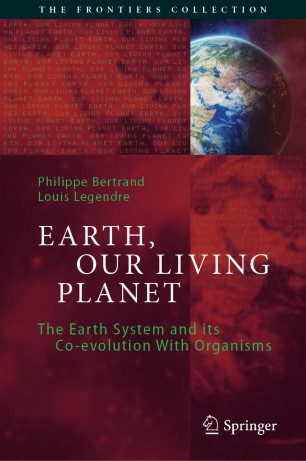 The Earth System and its Co-evolution With Organisms

Earth is, to our knowledge, the only life-bearing body in the Solar System. This extraordinary characteristic dates back almost 4 billion years. How to explain that Earth is teeming with organisms and that this has lasted for so long? What makes Earth different from its sister planets Mars and Venus?

The habitability of a planet is its capacity to allow the emergence of organisms. What astronomical and geological conditions concurred to make Earth habitable 4 billion years ago, and how has it remained habitable since? What have been the respective roles of non-biological and biological characteristics in maintaining the habitability of Earth?

This unique book answers the above questions by considering the roles of organisms and ecosystems in the Earth System, which is made of the non-living and living components of the planet. Organisms have progressively occupied all the habitats of the planet, diversifying into countless life forms and developing enormous biomasses over the past 3.6 billion years. In this way, organisms and ecosystems "took over" the Earth System, and thus became major agents in its regulation and global evolution. There was co-evolution of the different components of the Earth System, leading to a number of feedback mechanisms that regulated long-term Earth conditions.

For millennia, and especially since the Industrial Revolution nearly 300 years ago, humans have gradually transformed the Earth System. Technological developments combined with the large increase in human population have led, in recent decades, to major changes in the Earth's climate, soils, biodiversity and quality of air and water. After some successes in the 20th century at preventing internationally environmental disasters, human societies are now facing major challenges arising from climate change. Some of these challenges are short-term and others concern the thousand-year evolution of the Earth's climate. Humans should become the stewards of Earth.

Philippe Bertrand has made his research career at CNRS (Centre National de la Recherche Scientifique, the main French research organization), as physical chemist and specialist in paleoceanography and paleoclimatology. His research first focused on the relationships between the activity of coastal upwellings systems and the climatic variations of the last glacial-interglacial cycles. He then became interested in the functioning of the Earth System as a whole, and devoted a book to it (Les attracteurs de Gaia, 2008) and many other publications. For several years, he supervised the research carried out by CNRS in the fields of ocean, atmosphere and climate (around 30 research units and observatories), which further strengthened his interdisciplinary background. It also reinforced his wish to link information from several disciplines to analyze the dynamic complexity and evolution of the Earth System over 4.6 billion years. He is a dedicated amateur photographer of the natural environment.

Louis Legendre conducted his career in Canada and in France. He is professor emeritus at Sorbonne University, France, and Laval University, Canada. His fields of research are: marine biogeochemistry, biological oceanography, numerical ecology, and philosophy of science. His work is a blend of theoretical studies, laboratory research, and fieldwork. He tested his theoretical contributions by conducting research in tropical, temperate and polar waters, including the Gulf of St. Lawrence, Arctic waters and polynyas, the Greenland Sea, the Mediterranean Sea, lagoons of coral reefs and atolls of French Polynesia, the Sea of Okhotsk, the Equatorial Atlantic, and lakes. He received several prestigious honours and awards, including membership in three academies of science in Canada, China and Europe. His textbook Numerical Ecology (with Pierre Legendre) is used for research and university teaching all over the world. He enjoys the cultures, including food and drink, of countries where he worked and/or travelled extensively, especially (alphabetical order) China, France, Greece, Italy, Japan, Québec and Spain.