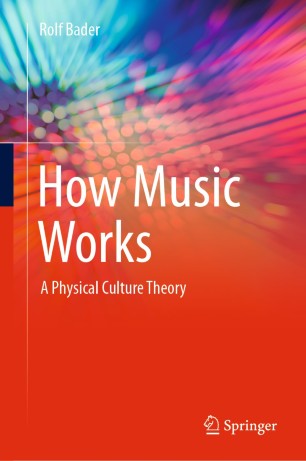 How do we understand culture and shape its future? How do we cross the bridge between culture as ideas and feelings and physical, cultural objects, all this within the endless variety and complexity of modern and traditional societies? This book proposes a Physical Culture Theory, taking culture as a self-organizing impulse pattern of electric forces. Bridging the gap to consciousness, the Physical Culture Theory proposes that consciousness content, what we think, hear, feel, or see is also just this: spatio-temporal electric fields. Music is a perfect candidate to elaborate on such a Physical Culture Theory. Music is all three, musical instrument acoustics, music psychology, and music ethnology. They emerge into living musical systems like all life is self-organization. Therefore the Physical Culture Theory knows no split between nature and nurture, hard and soft sciences, brains and musical instruments. It formulates mathematically complex systems as Physical Models rather than Artificial Intelligence.  It includes ethical rules for maintaining life and finds culture and arts to be Human Rights. Enlarging these ideas and mathematical methods into all fields of culture, ecology, economy, or the like will be the task for the next decades to come.

Rolf Bader is a professor for Systematic Musicology, which he studied in Hamburg, Germany, together with Physics, Ethnology, and Historical Musicology. After teaching at Stanford University as a Visiting Scholar, he teaches at the Institute of Systematic Musicology at the University of Hamburg since 2007. His main research interests are Physical Modeling of Musical Instruments, Timbre and Rhythm Perception, Musical Signal Processing, Room Acoustics, or Music Ethnology. He also works on Self-organization and Synergetics of Musical Instruments and Music Perception. He is the editor of the Springer Handbook of Systematic Musicology, and wrote monographs like Computational Mechanics of the Classical Guitar or Nonlinearities and Synchronization in Musical Acoustics and Music Psychology, and edited volumes like Sound-Perception-Performance or Computational Phonogram Archiving in the Springer Series Current Research in Systematic Musicology, where he also is an editor-in-chief. He works as an Ethnomusicologist, mainly in Myanmar, Cambodia, China, India, or Sri Lanka. He is also a musician and composer in the fields of free improvised and electronic music, as well as Fusion and Rock, and published several CDs.