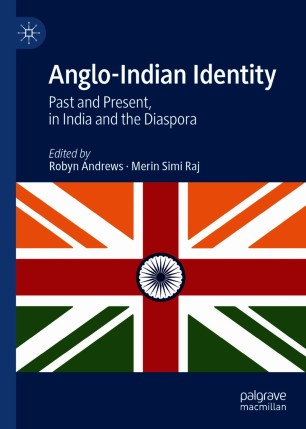 Past and Present, in India and the Diaspora

Revisionist in approach, global in scope, and a seminal contribution to scholarship, this original and thought-provoking book critiques traditional notions about Anglo-Indians, a mixed descent minority community from India. It interrogates traditional notions about Anglo-Indian identity from a range of disciplines, perspectives and locations. This work situates itself as a transnational intermediary, identifying convergences and bridging scholarship on Anglo-Indian studies in India and the diaspora. Anglo-Indian identity is presented as hybridised and fluid and is seen as being representative, performative, affective and experiential through different interpretative theoretical frameworks and methodologies. Uniquely, this book is an international collaborative effort by leading scholars in Anglo-Indian Studies, and examines the community in India and diverse diasporic locations such as New Zealand, Britain, Australia, Pakistan and Burma.

Robyn Andrews is Senior Lecturer in the Social Anthropology Programme at Massey University, New Zealand. She published Christmas in Calcutta: Anglo-Indian Stories and Essays (2014) and writes articles and book chapters for both academic and community publications. She is an editor of the International Journal of Anglo-Indian Studies.

Merin Simi Raj (PhD, IIT Bombay) is Assistant Professor in English at the Indian Institute of Technology Madras and Faculty Coordinator, Memory Studies Research Network IIT Madras (along with Dr Avishek Parui). She also works on Historiography studies and Digital Humanities, and recently completed a project on the Anglo-Indian community.