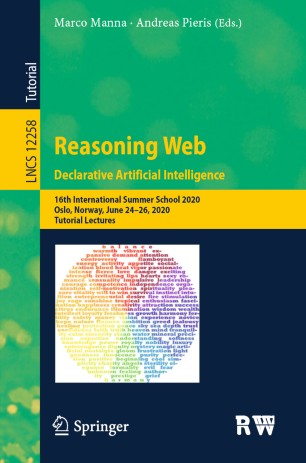 The Reasoning Web series of annual summer schools has become the prime educational event in the field of reasoning techniques on the Web, attracting both young and established researchers. The broad theme of this year's summer school was “Declarative Artificial Intelligence” and it covered various aspects of ontological reasoning and related issues that are of particular interest to Semantic Web and Linked Data applications. The following eight lectures have been presented during the school: Introduction to Probabilistic Ontologies, On the Complexity of Learning Description Logic Ontologies, Explanation via Machine Arguing, Stream Reasoning: From Theory to Practice, First-Order Rewritability of Temporal Ontology-Mediated Queries, An Introduction to Answer Set Programming and Some of Its Extensions, Declarative Data Analysis using Limit Datalog Programs, and Knowledge Graphs: Research Directions.