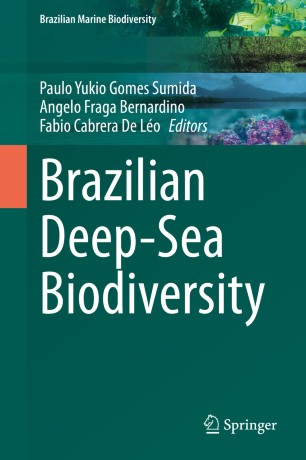 This book presents the biodiversity of the Brazilian deep-sea and its many unique geological and biological features, as well as a review of its ecology, conservation, and future research needs. The deep-sea Brazilian margin has an incredible geological heterogeneity with numerous characteristic seafloor features, and latitudinal changes in marine productivity, oceanographic conditions and biological communities have resulted in very distinct biological assemblages at regional and bathymetric scales. It is a tremendously rich ecosystem in terms of living species, from which many well-known historical tales have originated, and with unique importance for the global climate and humanity. Nevertheless, vast areas of the Brazilian margin have been explored for fishing, oil and gas, and other commodities, likely impacting a variety of deep-sea habitats at scales and intensities yet undetermined. This book is intended for students, scholars, professionals and a wide audience interested in the deep-sea in general and, more specifically, in the South Atlantic deep-sea.

Paulo Yukio Gomes Sumida holds a PhD in Oceanography from the University of Southampton (1998) and a postdoc from the University of Hawaii (1999-2000). He has been a Professor of Oceanography at the University of Sao Paulo since 2000. During his career he has worked on various ocean basins, such as the North and South Atlantic, Gulf of Mexico, North Pacific, and Southern Ocean. His research is currently focused on different aspects of deep-sea benthic ecology, including the study of reducing environments, deep-water corals and, fauna from deep-sea ferromanganese crusts.

Angelo Fraga Bernardino holds a PhD in Oceanography from the University of Sao Paulo (2009), and has been a Professor of Oceanography at the Federal University of Espirito Santo since 2010. He is an expert in benthic ecology along coastal and continental margin ecosystems with a special focus on trophic ecology, functioning and conservation of deep-sea and estuarine assemblages. He is currently investigating benthic ecology and the function of organic islands in the deep-sea, such as wood-falls and whalebones, and the effect of pollution and carbon dynamics on estuaries and mangrove habitats

Fabio Cabrera De Léo holds a PhD in Biological Oceanography from the University of Hawaii at Manoa (2012), and is currently a Senior Scientist at Ocean Networks Canada and an Adjunct Assistant Professor in the Department of Biology at University of Victoria, British Columbia, Canada. As a benthic ecologist he focuses on biodiversity, habitat heterogeneity and ecosystem function of deep-sea ecosystems such as submarine canyons, cold-seeps, abyssal plains and hydrothermal vents. During his career he has participated on research expeditions to the South and North Atlantic, South and North Pacific, and Southern Ocean, and to the Mediterranean and Tasman Seas. More recently, his research has been focusing on deep-sea ecosystem function and dynamics with respect to climate change and other human impacts using the seafloor and cyber-infrastructure of the NEPTUNE cabled observatory in the NE Pacific.