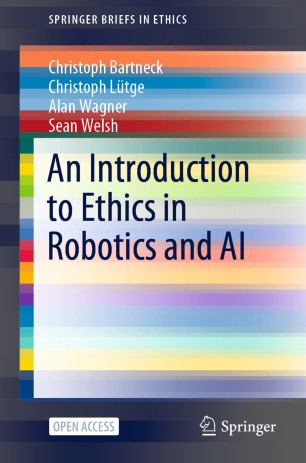 Christoph Bartneck is an associate professor and director of postgraduate studies at the HIT Lab NZ of the University of Canterbury. He has a background in Industrial Design and Human-Computer Interaction, and his projects and studies have been published in leading journals, newspapers, and conferences. His interests lie in the fields of Human-Computer Interaction, Science and Technology Studies, and Visual Design. More specifically, he focuses on the effect of anthropomorphism on human-robot interaction. As a secondary research interest he works on bibliometric analyses, agent based social simulations, and the critical review on scientific processes and policies. In the field of Design Christoph investigates the history of product design, tessellations and photography. The press regularly reports on his work, including the New Scientist, Scientific American, Popular Science, Wired, New York Times, The Times, BBC, Huffington Post, Washington Post, The Guardian, and The Economist.

Christoph Lütge holds the Chair of Business Ethics and Global Governance at Technical University of Munich (TUM). He has a background in business informatics and philosophy and has held visiting professorships in Taipei, Kyoto and Venice. He was awarded a Heisenberg Fellowship in 2007. In 2019, Lütge was appointed director of the new TUM Institute for Ethics in Artificial Intelligence. Among his major publications are: “The Ethics of Competition” (Elgar 2019), “Order Ethics or Moral Surplus: What Holds a Society Together?” (Lexington, 2015), and the "Handbook of the Philosophical Foundations of Business Ethics" (Springer, 2013). He has commented on political and economic affairs on Times Higher Education, Bloomberg, Financial Times, Frankfurter Allgemeine Zeitung, La Repubblica and numerous other media. Moreover, he has been a member of the Ethics Commission on Automated and Connected Driving of the German Federal Ministry of Transport and Digital Infrastructure, as well as of the European AI Ethics initiative AI4People. He has also done consulting work for the Singapore Economic Development Board and the Canadian Transport Commission.

Alan Wagner is an assistant professor of aerospace engineering at the Pennsylvania State University and a research associate with the Rock Ethics Institute. His research interest include the development of algorithms for human-robot interaction, human-robot trust, perceptual techniques for interaction, roboethics, and machine ethics.  Application areas for these interests range from military to healthcare. His research has won several awards including being selected for by the Air Force Young Investigator Program. His research on deception has gained significant notoriety in the media resulting in articles in the Wall Street Journal, New Scientist Magazine, the journal of Science, and described as the 13th most important invention of 2010 by Time Magazine. His research has also won awards within the human-robot interaction community, such as the best paper award at RO-MAN 2007 and 2018 ACM Transaction on Interactive Intelligent Systems journal.

Sean Welsh is a graduate student in philosophy at the University of Canterbury and a member of the Ethics, Law and Society Workgroup of the AI Forum of New Zealand. Prior to embarking on his doctoral research in AI and robot ethics he worked as a software engineer for various telecommunications firms. His articles have appeared in The Conversation, the Sydney Morning Herald, the World Economic Forum, Euronews, Quillette and Jane's Intelligence Review. He is the author of Ethics and Security Automata, a research monograph on machine ethics.