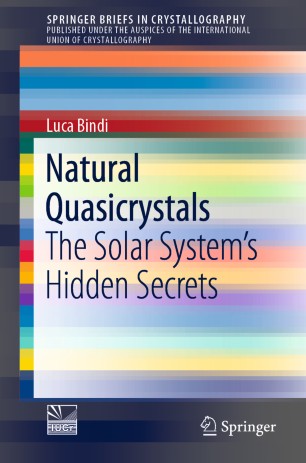 Part of the SpringerBriefs in Crystallography book series (SBC)

This book describes the discovery of quasicrystals (icosahedral and decagonal) in an extraterrestrial rock from the Koryak Mountains of Far Eastern Russia. After a decade-long search for a natural quasicrystal, this discovery opened a new avenue in mineralogy and crystallography that could lead to further discoveries in geoscience, astronomy, condensed matter physics, and materials engineering. For the first time, minerals have been discovered that violate the symmetry restrictions of conventional crystallography. The natural occurrence of such crystals was unexpected, involving previously unknown processes. The fact that the quasicrystals were found in a meteorite formed in the earliest moments of the solar system means these processes have been active for over 4.5 billion years and have influenced the composition of the first objects to condense around the Sun. Finding quasicrystals formed in these extreme environments also informed the longstanding debate concerning the stability and robustness of quasicrystals. Recent shock experiments lend support to the hypothesis that the extraterrestrial quasicrystals formed as a result of hypervelocity impacts between objects in the early Solar system, and that they are probably less rare in the Milky Way.