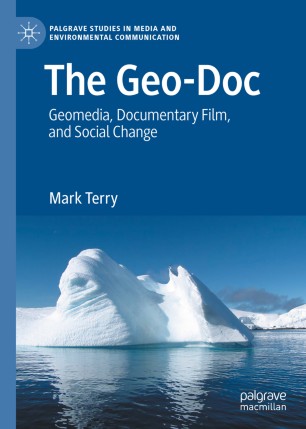 This book introduces a new form of documentary film: the Geo-Doc, designed to maximize the influential power of the documentary film as an agent of social change. By combining the proven methods and approaches as evidenced through historical, theoretical, digital, and ecocritical investigations with the unique affordances of Geographic Information System technology, a dynamic new documentary form emerges, one tested in the field with the United Nations. This book begins with an overview of the history of the documentary film with attention given to how it evolved as an instrument of social change. It examines theories surrounding mobilizing the documentary film as a communication tool between filmmakers and policymakers. Ecocinema and its semiotic storytelling techniques are also explored for their unique approaches in audience engagement. The proven methods identified throughout the book are combined with the spatial and temporal affordances provided by GIS technology to create the Geo-Doc, a new tool for the activist documentarian.

Mark Terry, PhD is a Postdoctoral Fellow at the Dahdaleh Institute for Global Health Research and the Faculty of Environmental Studies at York University, Canada. He is also an award-winning documentary filmmaker having won the Gemini Humanitarian Award, the Queen’s Diamond Jubilee Medal and the Stefansson Medal for his work as an ecocinema documentarian.

“This book is a richly detailed study of the changing potentials of documentary filmmaking for contributing to social and policy changes. The combination of Mark Terry’s substantial professional experience and well-argued and researched scholarship makes for a rare and admirable synthesis.” (Adrian Ivakhiv, Professor of Environmental Studies, University of Vermont, USA)

“In The Geo-Doc, Mark Terry skilfully interweaves history, theory, and practice, both in the account he offers of the econcinematic evolution of the documentary and in his own film work. Through the interactive multilinear storytelling of Geo-docs, Terry argues, digital media can contribute to regional, national, and global efforts to address climate change. Climate change activists and communicators should pay heed.” (Michael Svoboda, Professor of Writing, George Washington University, USA, and book editor and film reviewer for Yale Climate Connections)

“I greatly admire the use of practical case studies to illustrate this new documentary format explored in this study. Especially in light of the growing importance of climate change and the urgent need to tease out the social changes facing our planet, documentary activists like Mark Terry, as evidenced in this volume, have a major role to play in this environmental communications struggle.” (Pat Brereton, Professor of Communication, Dublin City University, UK)