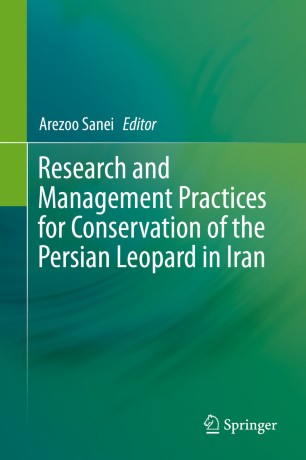 The population of the Persian leopard (Panthera pardus saxicolor) has drastically declined; this Asian leopard subspecies has disappeared from some parts of its former range. Containing large areas of potential habitats with leopard presence across almost all of its provinces, Iran is known to be the last stronghold for the Persian leopard in the region.

This book comprehensively covers research, management and conservation practices of the Persian leopard, including:

·  Persian leopard habitats and relative corridors in the trans-boundary areas of the East Azarbaijan province of the northwest of Iran in the Caucasus Ecoregion.

The innovative research and conservation approaches presented in this book will be of great interest to those studying the leopard and other large carnivore species. The innovative models presented in this book about cumulative effect of the land use and land cover changes will be beneficial to land use managers, planners and decision makers in selecting wildlife friendly solutions for development programs. The strategic and action planning model as well as the leopard compensation program as an insurance scheme are developed specifically for the local condition and leopard status in Iran.

Dr. Arezoo Sanei is an Iranian leopard expert who has dedicated 17 years of researching, raising awareness and planning for leopard conservation practices. She holds master’s and PhD degrees in Wildlife Ecology and Management from Universiti Putra Malaysia. Dr. Sanei is the founder of the Asian Leopard Specialist Society. She also established the Persian Leopard Online Portal, the first national leopard database and recording system in Iran, and the Persian Leopard Regional Workshops, which are conducted periodically throughout the country. Additionally, she is the author of the first Persian Leopard National Action Plan in Iran, which has been endorsed by the relative authorities in 2016. Dr. Sanei received the Dr. Taghi Ebtekar International Award and Research and Innovation Award of the Iranian Youth National Festival. Currently, she is working as the strategic supervisor for the execution of the Persian Leopard National Action Plan in Iran at Department of Environment and also establishing the innovative Persian leopard national monitoring scheme, supported by the GEF Small Grant Program at UNDP in Iran.