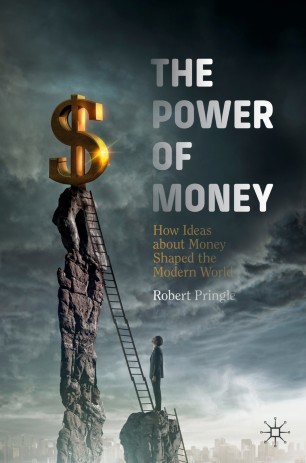 The Power of Money

How Ideas about Money Shaped the Modern World

Innovation in money is just as important as innovation in any other sphere of activity; money is always a “work in progress.” In fact, history shows societies have tried out a wide diversity of monetary arrangements. Ideas about money have played key roles at crucial turning points in world history and during national histories. Recently, a new global money space has been created, a joint venture between the public and private sector.

This book explores the new money society that has grown up to inhabit this new space. The book has several aims: Firstly, the book shows how beliefs about money, as well as attitudes and values towards it, have varied between societies and over time, and specifically how they have changed over the modern era. Secondly, the book shows the powerful effects that changing ideas have had on events, including wars and revolutions, recessions, booms and financial crises. Thirdly, the book recounts the creation of a global money space, dated to the last quarter of the 20th century, and explores its features. Fourthly, the book describes some characteristics of the new money society that inhabits the global money space. Fifthly, the book shows how each society, and indeed successive generations of the same society, has made its own unique arrangements to govern money – i.e. how it comes to terms with the power of money.

The author argues that we need to develop a new arrangement now and suggests that we have much to learn from recent creative work in a number of fields ranging from the sociology of money to contemporary art. This approach sheds new light on a number of controversial issues, including the rise of crony capitalism, growing social divisions, currency wars, and asset price bubbles.

Robert Pringle is an author, editor, commentator and entrepreneur specializing in money, banking and capital markets. A former Editor of The Banker, London, he was founding director of the Group of 30 institute on monetary affairs (now based in Washington, DC) from 1979 to 1986. In 1990 he founded Central Banking Publications, a financial publisher specialising in public policy and financial markets including the Central Banking journal, which he edited for 20 years. He remains chairman of the company. Robert has monitored and commented on changes in financial markets and the monetary policies of central banks around the world for more than 40 years. In addition to numerous articles for a wide variety of journals, he has published several books and edited more than 50 volumes of collected papers, surveys and training manuals for central bankers and market regulators. He has obtained a Master’s degree in economics, sociology and history from King’s College, Cambridge University, UK, and conducted post-graduate study in economics and sociology at the London School of Economics, UK.

“Robert Pringle's worldly vision is openly and proudly liberal, particularly in his approach to the state's monetary role in current times. The powerful liberal tradition plays a primary role in the book. … The scope for defining these terms is wide open. Pringle deserves great credit for having set out the problem with such clarity.” (Alessandro Roselli, Economic Affairs, Vol. 40 (2), June, 2020)
“The book ought to be read by anyone with an interest in history, politics or society. Economists would benefit, too, from Pringle’s far more thoughtful dissection of what money actually is and actually does than their textbooks often present.” (Claire Jones, Central Banking, centralbanking.com, February 18, 2020)
Buy options